Jesus was persecuted by the Roman Empire because he defended ideas very contrary to the interests in force. He advocated peace, harmony, respect, the existence of one God, and love among men. It was also against slavery. Meanwhile, the interests of the empire were contrary. Christians were heavily persecuted during the Roman Empire (up to the fourth century) and to continue religious practice often used the catacombs for meetings and worship services. 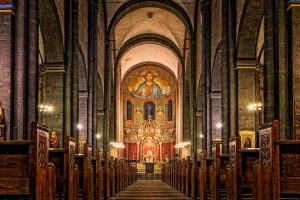 According to the Christian faith, God sent the world his son to be the savior (Messiah) of men. He would be responsible for spreading the word of God among men. Many Christians believe that Jesus was God Himself incarnate, who died on the cross to redeem our sins.

Jesus was persecuted by the Romans but gave his life for the men. He was resurrected on the third day after his death on the cross and went to heaven. He offered the possibility of salvation and eternal life after death to all those who believe in God and follow his commandments.

The basis of Christianity, taught by Jesus, has its principal foundations: to love God above all things and to love our neighbor as ourselves.

For most Christians, God is a trinity formed by father (God), son (Jesus) and the Holy Spirit. 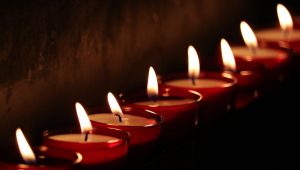 Jesus was born in the city of Bethlehem in the region of Judea around the year 4 BC. His family was elementary and humble. Around the age of 30 began to spread the ideas of Christianity in the region where he lived. It aroused the attention of the Roman and Jewish authorities, who feared the appearance of a new leader in one of the areas dominated by the Roman Empire. According to the Gospels, Jesus was the expected Messiah who appears in the Old Testament. It is worth noting that the Jews did not recognize Jesus as the Messiah, waiting for the Savior to this day.

In his pilgrimages, he began to perform miracles and gathered disciples and apostles wherever he went. Persecuted and imprisoned by Roman soldiers, he was sentenced to death for a crime of treason (riot, revolt, and crime against the state). At age 33, he died on the cross and was buried. Resurrected, according to the Christians, on the third day and appeared to the disciples giving them the mission to continue the teachings.